THE ROUTE TO NOWHERE
The Route to Nowhere aims to raise awareness of an ongoing issue that affects millions of people worldwide and is still the subject of much debate: immigration.
As we have experienced, one cannot imagine how hard it is to achieve a dream far from home, as well as the process of integration into a new culture. For others, this situation is much more difficult and even dangerous considering the risks they have to face on the way to this new life.
The United Nations has evaluated the latest trends in international migration in their latest report, according to which there are 250 million migrants that represent 3.5% of the world population. However this number represents a fairly small proportion regarding the total population, each year grows faster.
Contrary to prejudice against migration, we believe that if we are well informed about it, we can discover a different side to the story. As an article in the newspaper El País (ES) indicates, “...if we accept that migration is a phenomenon that will not subside in the coming decades, perhaps we can devise systems that better align the aspiration of migrants with the needs of the societies to which they arrive. And to reduce the rejection and fear that the first ones provoke in the last…”
The project consists of three animations in which migratory scenes are recreated. The characterisations were thought of as fruits because we wanted to use a simple analogy to humans. ​​​​​​​​​​​​​​
Endless sea​​​​​​​
In this animation several bananas travel by sea to an unknown destination. We can see how the boat is overloaded with the weight of the passengers. This, along with the hazards of traveling in the open sea, make the journey much more dangerous.
The Beast​​​​​​​
La Bestia is recreated in this animation. These trains travel along Mexico and in addition to transporting materials and corn, they carry undocumented immigrants. Is the quickest, cheapest but most dangerous way to cross the U.S. border.
The Wall
In this animation, we made a visual referral of a wall built in the middle of a desert. Every day several fruit families cross a wide desert and they see their dreams are truncated by a giant obstacle. Many mixed emotions are perceived in the scene as hope, frustration and sadness.
The creative process
We are a group of creatives who wanted to make a self-initiated project in which to combine our disciplines. The team is formed by an illustrator, a paper artist, two stop motion animators, a music producer and a mastering producer.

Unlike many projects that begin on paper, the process of creating these animations was quite different.
For the development, Cé has been in charge of creating the visuals of the three animations. She has illustrated digitally the scenarios as well as the characters. ​​​​​​​

Before starting the project, Agueda, Lina and Cé got together to make a moodboard of photos, color palettes and imagery to see the approach when doing the illustrations.
When the decision of the style was made, Cé worked in the storyboard that would give the guidelines for each of the scenes in the stories.
After agreeing on the scenes, Cé began illustrating the settings and characters digitally. When the backgrounds, fruits and color palette were finished and approved by the group, Cé Marina transformed the illustrations made in photoshop into vectors in illustrator. Vectors made paper cutting work easier.
We were thrilled about the idea of being able to reverse the creative process and to create paper sets of nearly 1.5 meters, from Ce’s illustrations.
We spent almost an hour choosing the papers that resemble the color palette that we had initially proposed.
Agueda conveyed the illustrations into paper and together with Lina, created and assembled the sets as a puppet theatre in order to be able to animate the characters more freely. The set and the props have been designed in 2D paper.
This part of the process was quite laborious and we did some testing until we chose the current set. We decided that the story would be told with a continuous camera movement, so the camera had to be mounted on a small dolly.
As a detail for those who do not know what stop motion animation is about, to record a second you need twelve frames, so when recording a scene without cuts, the size of the set is very important. That's why the sets of these animations are one and a half meters long.​​​​​​​
Together, we recorded the animations in the studio and did the post-production and finished the videos in the months of the quarantine.
Later for musical production J.Kulume was in charge of creating the sounds, then Borja made the mastering.
Team
Illustration - Cé Marina
Papercraft - Agueda Peña
Installation and Set Design - Lina Ortega y Agueda Peña
Stop Motion - Lina Ortega y Agueda Peña
Post-production - Lina Ortega y Agueda Peña
Music - J. Kulume
Mastering - Borja Ruiz
Social Media
@cemarina.studio · @aguedapenha · @linastopmotion · @jaykulume · @hellosamples 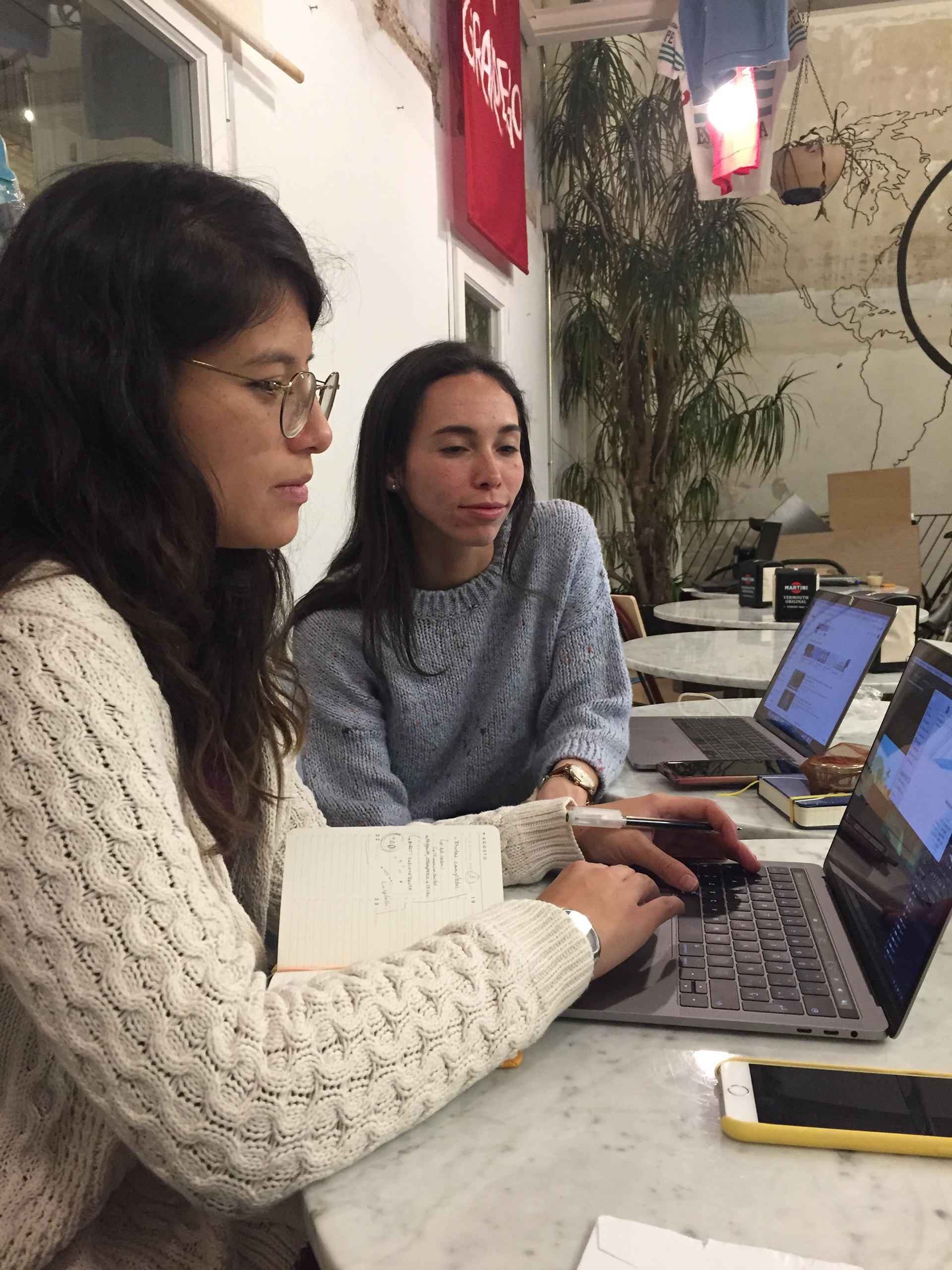 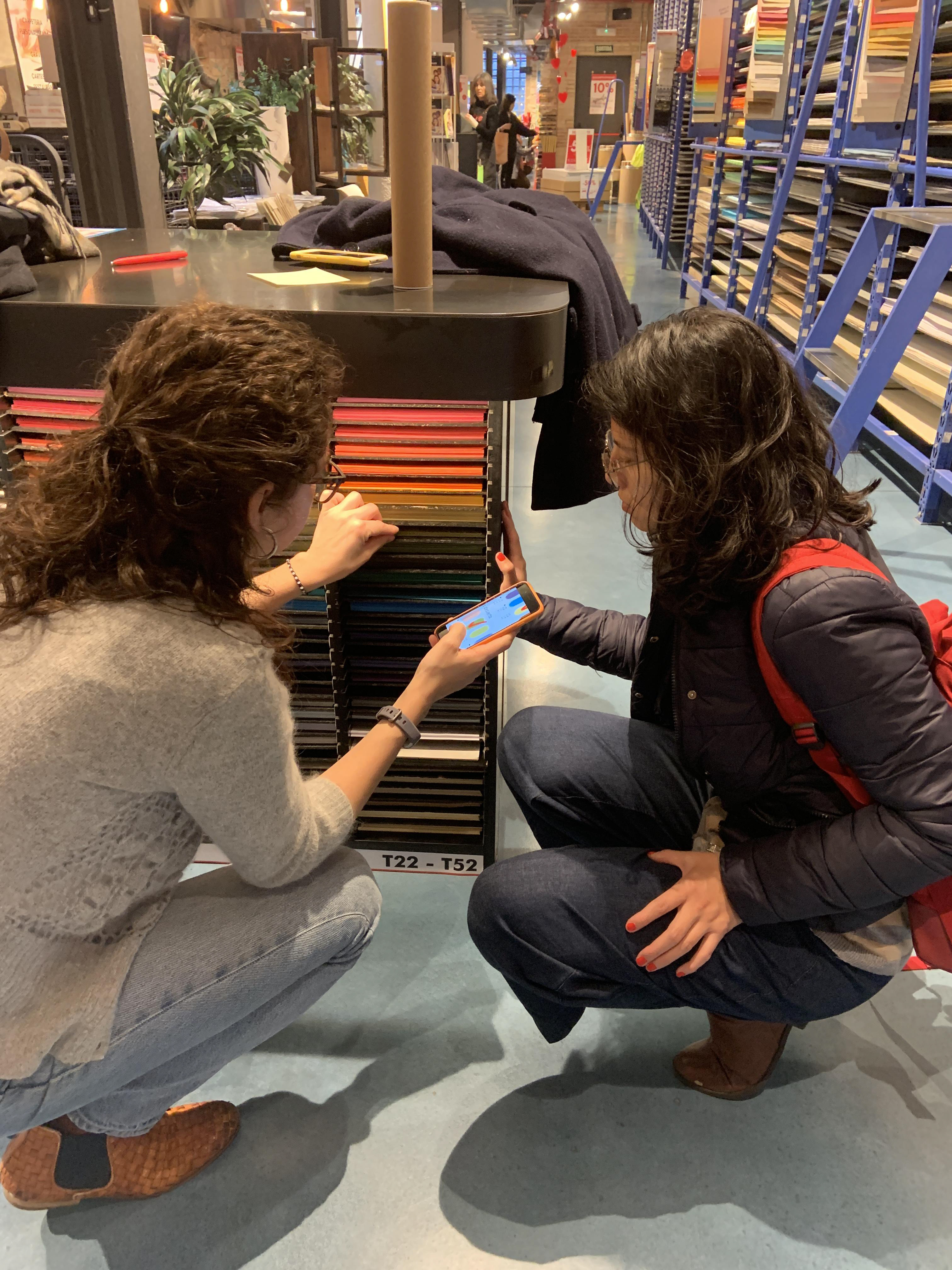 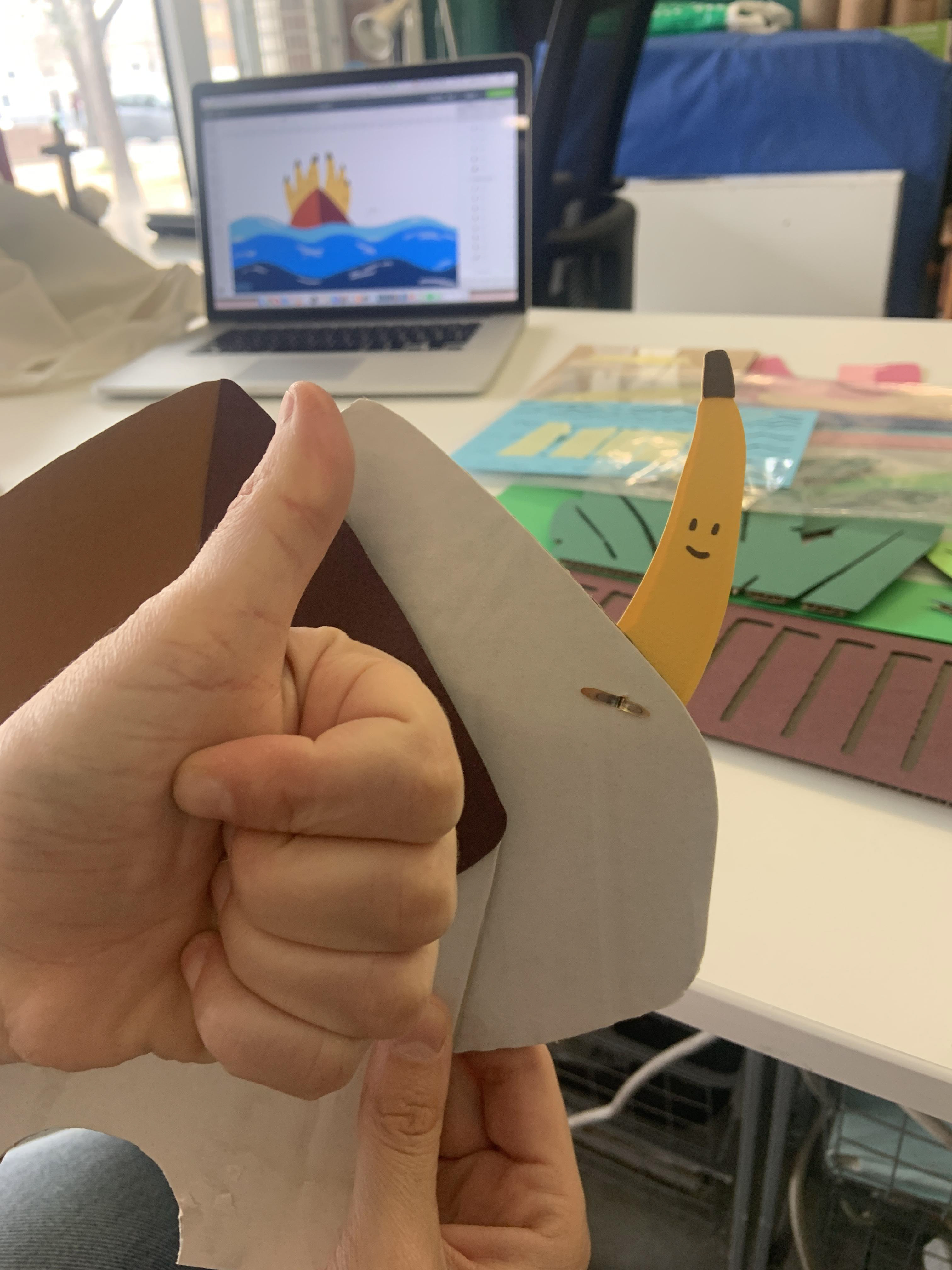 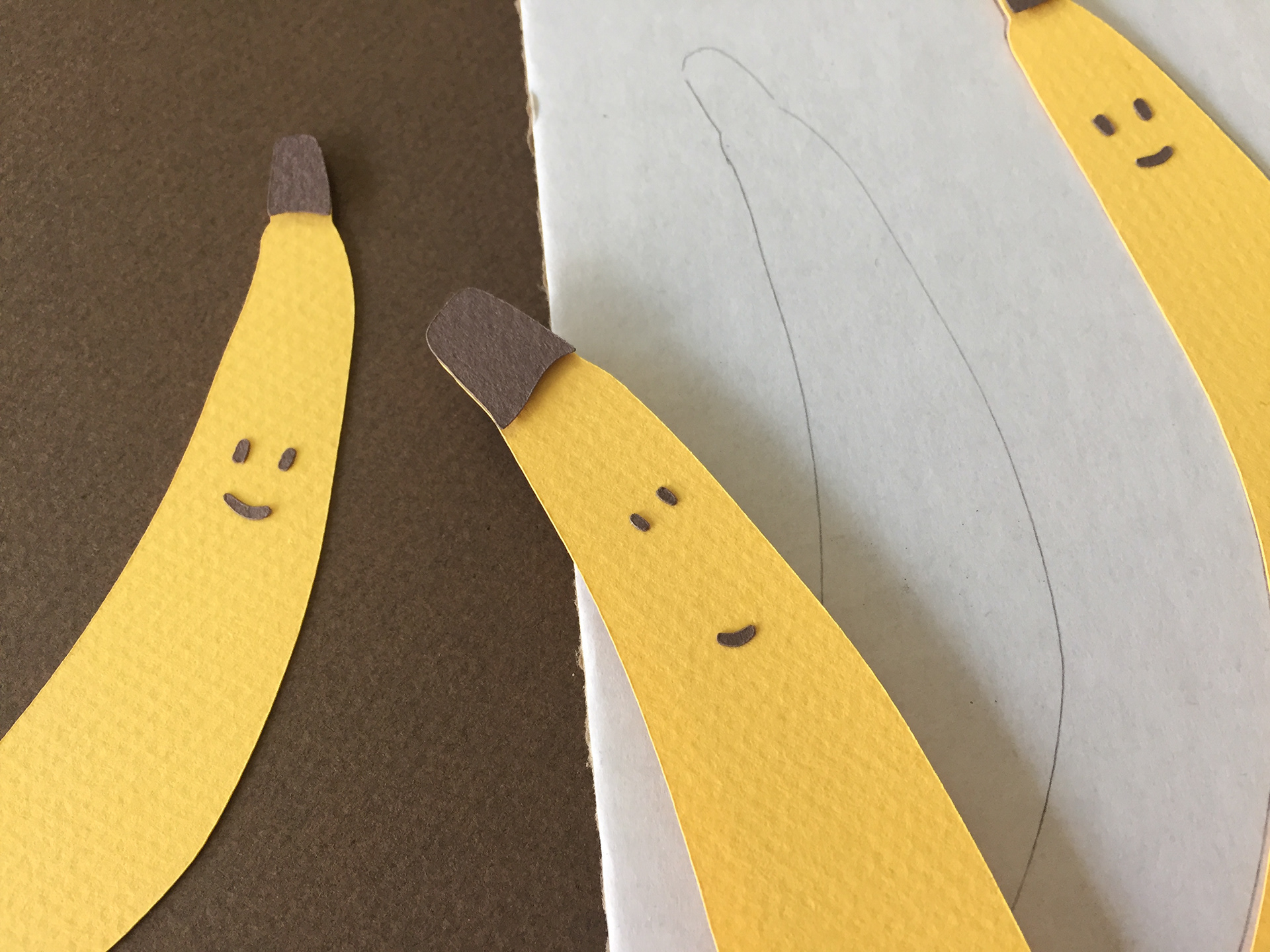 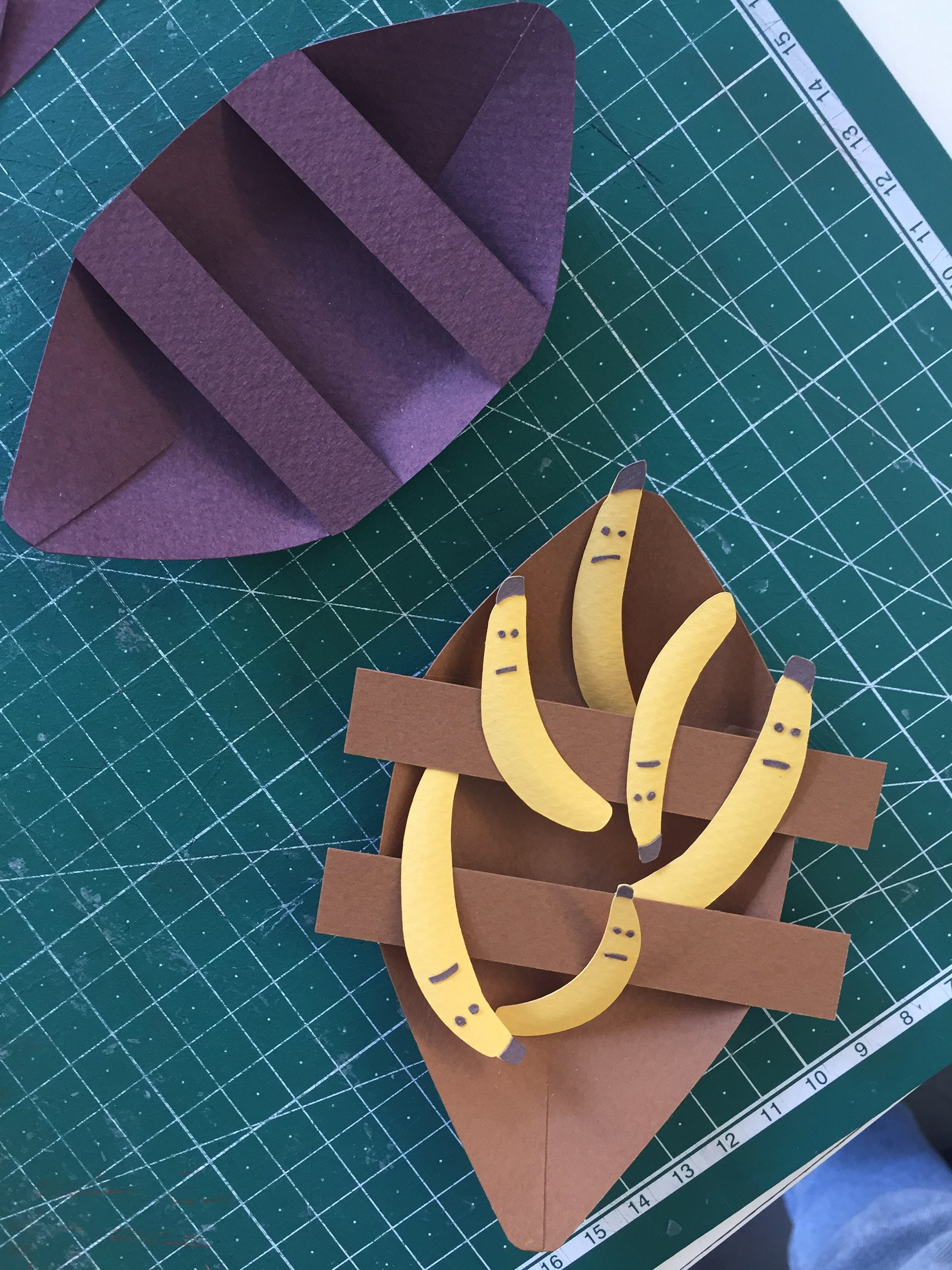 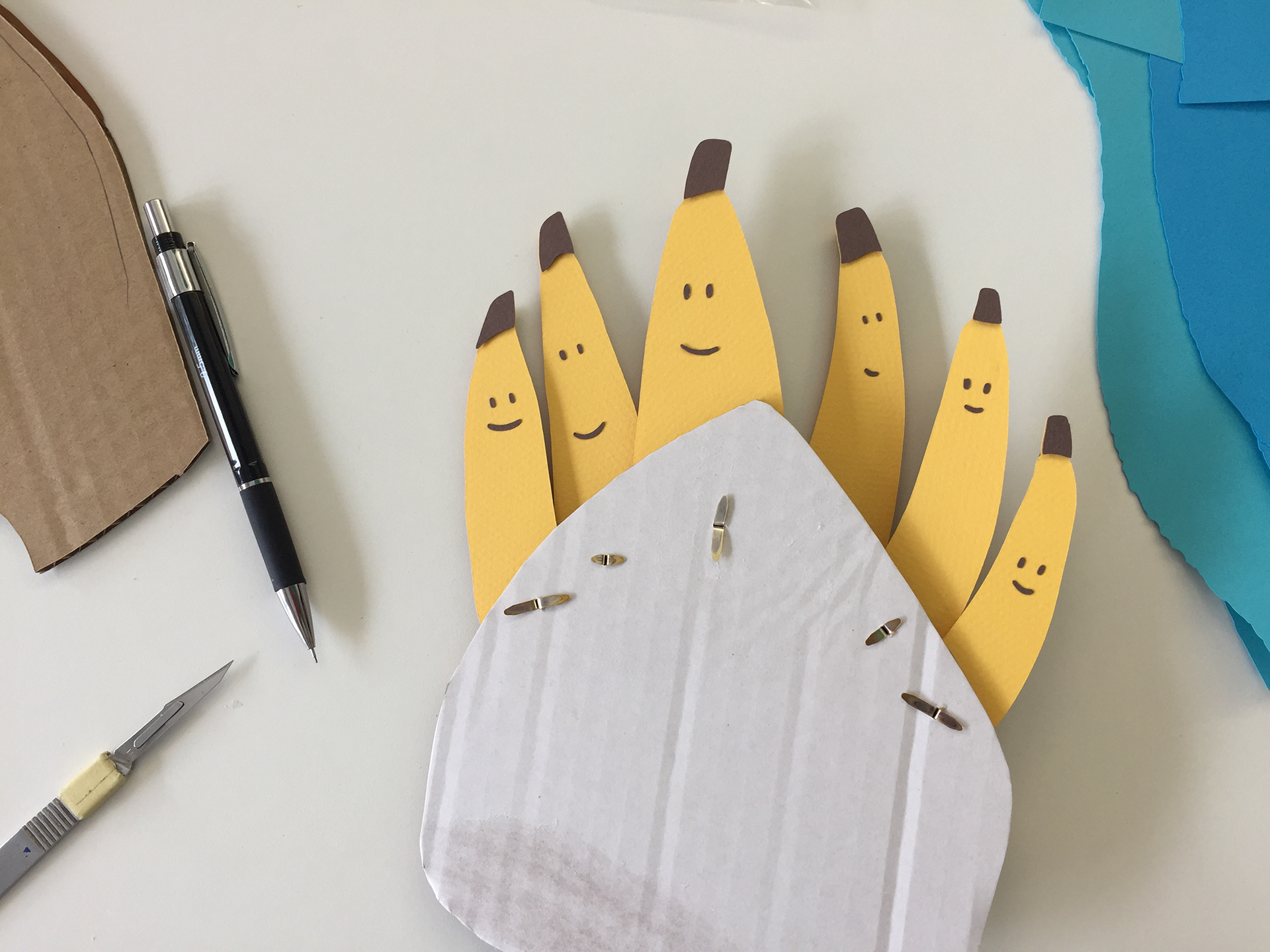 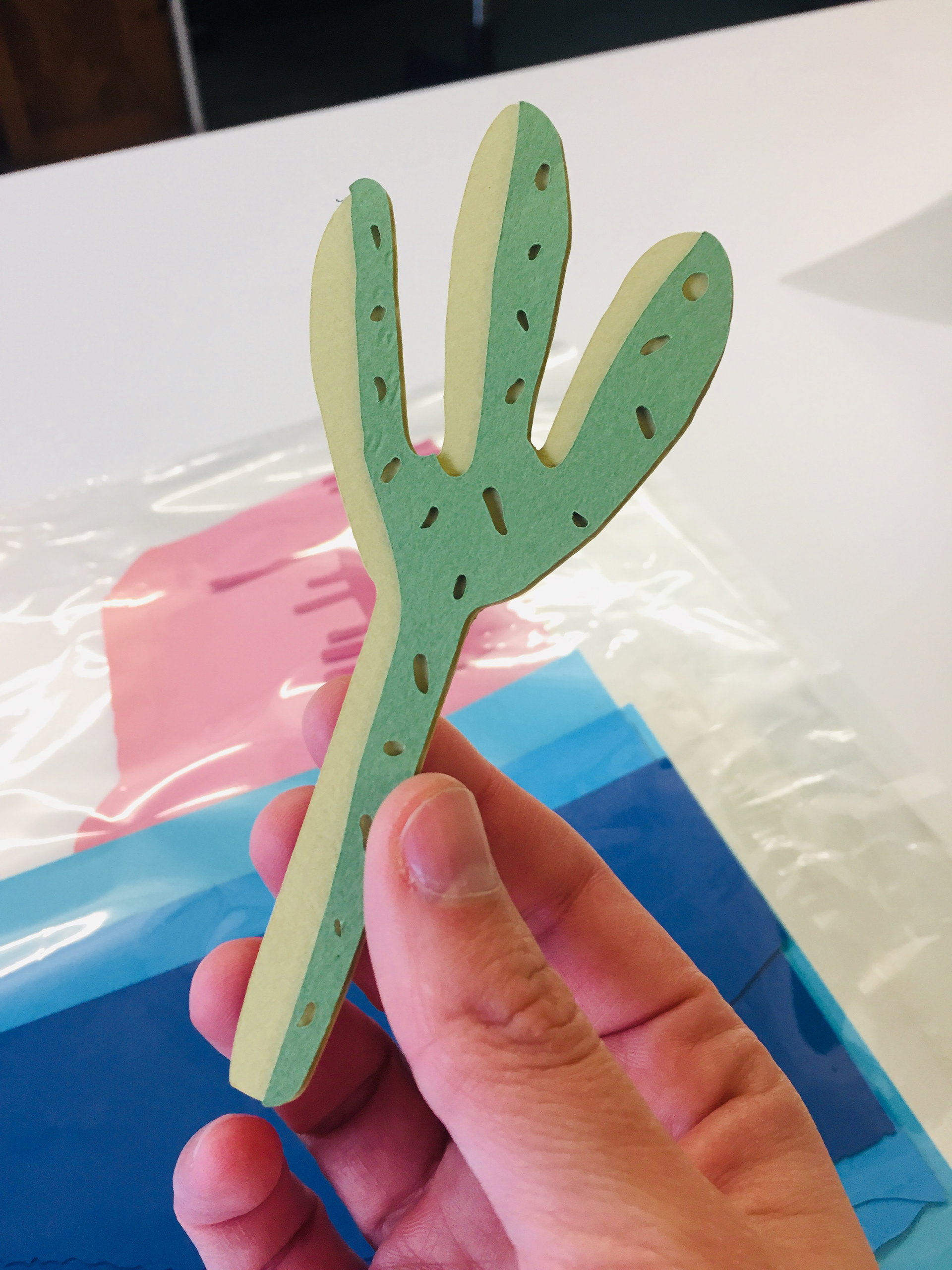 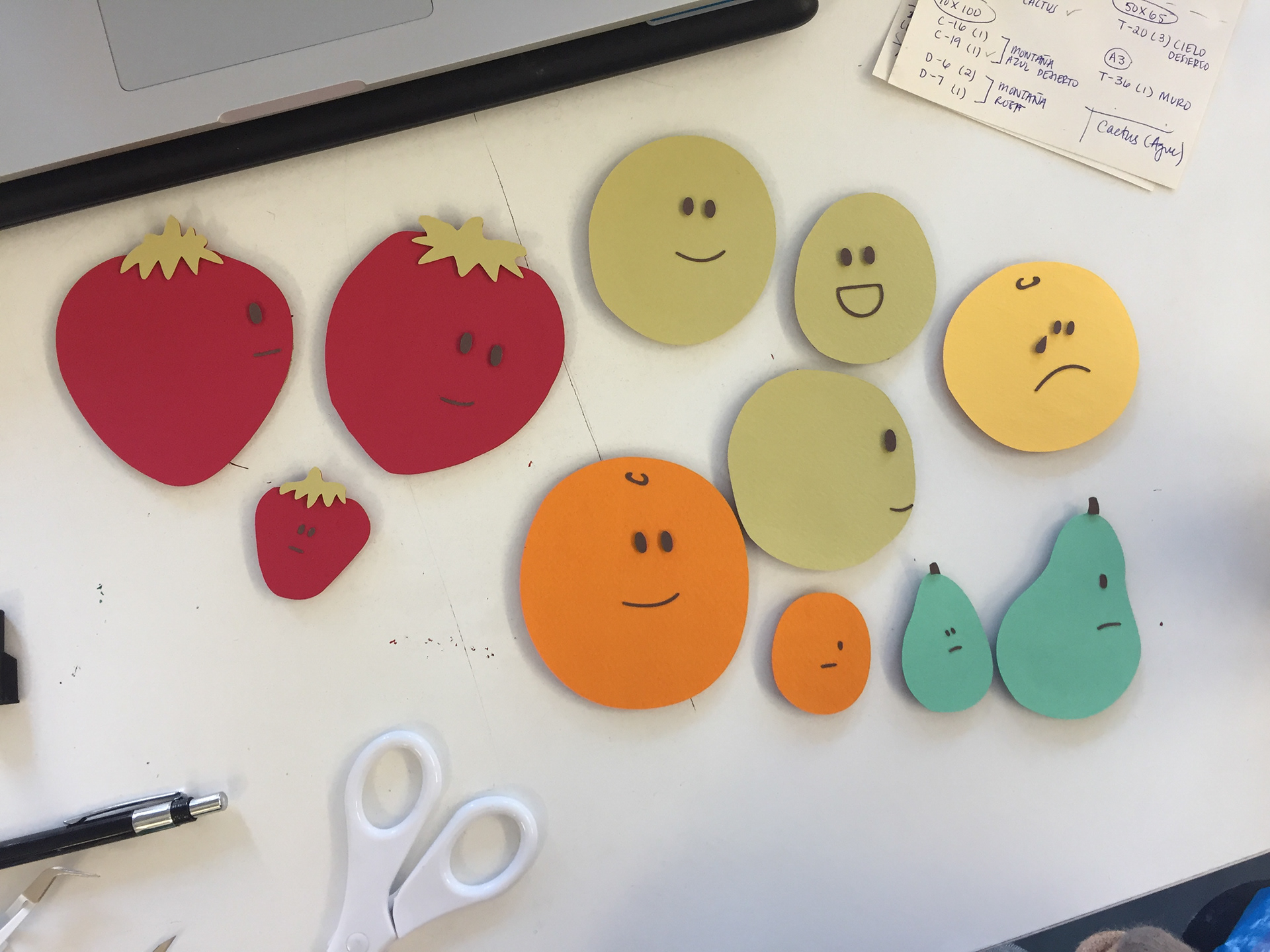 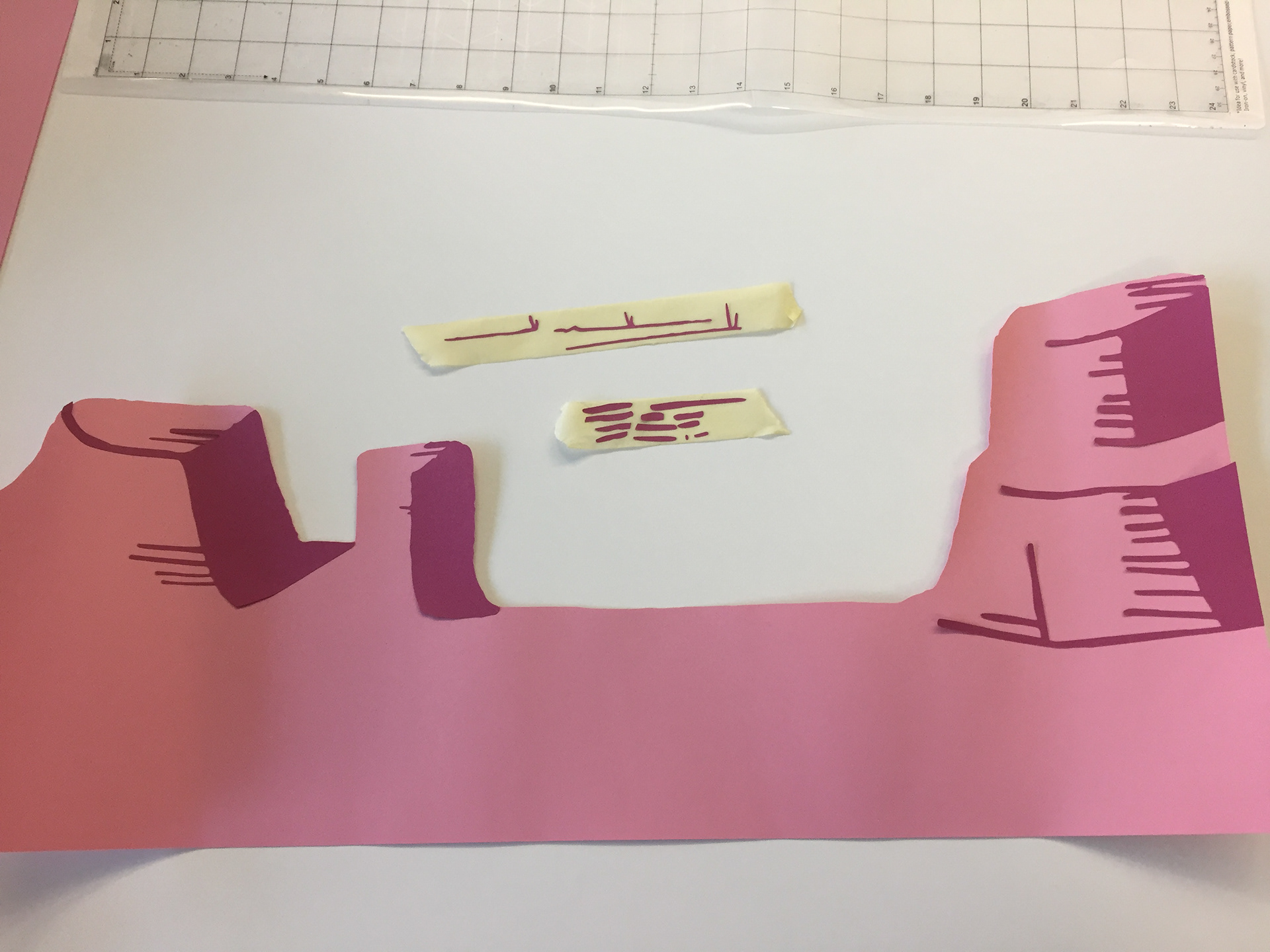 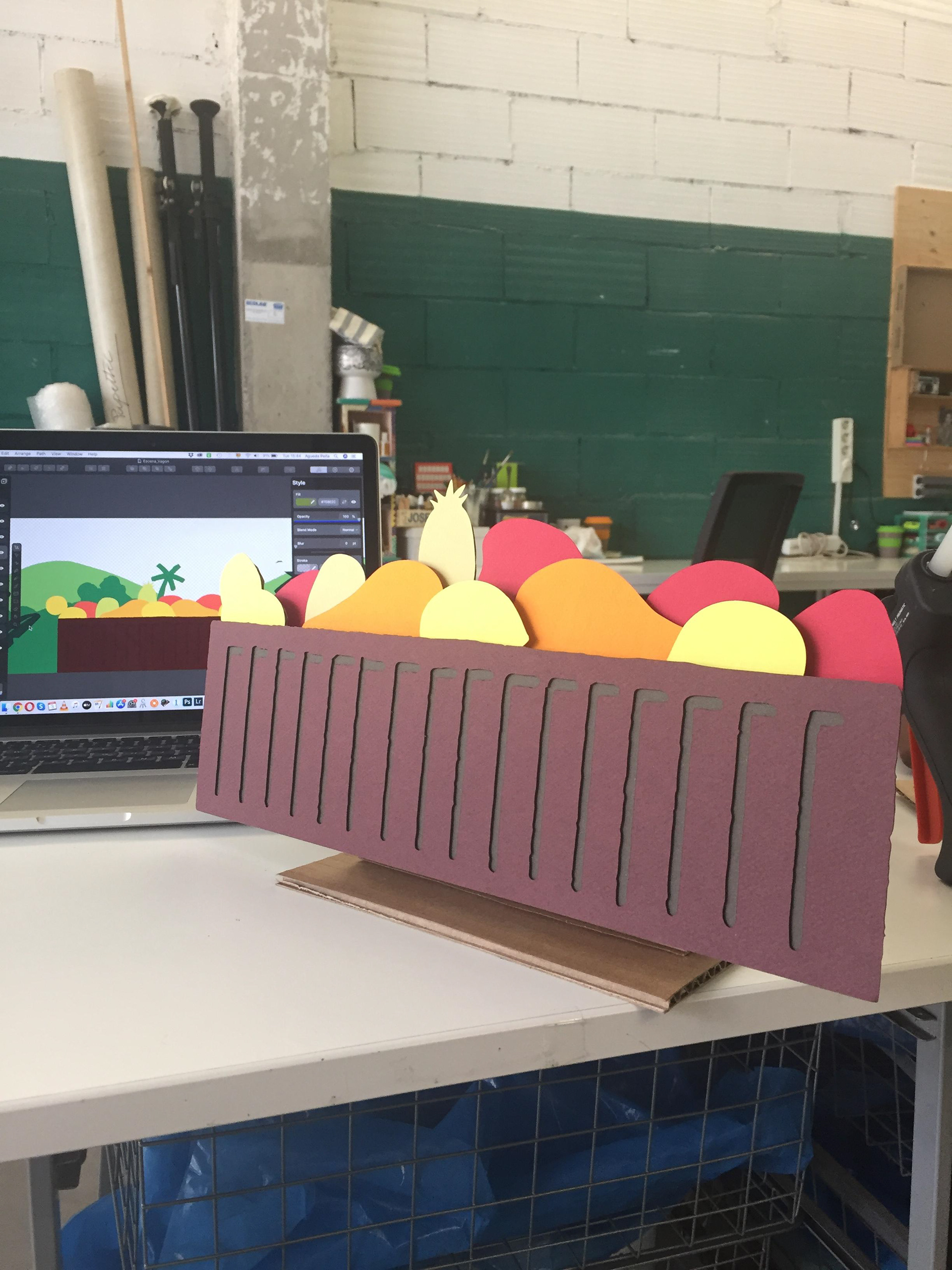 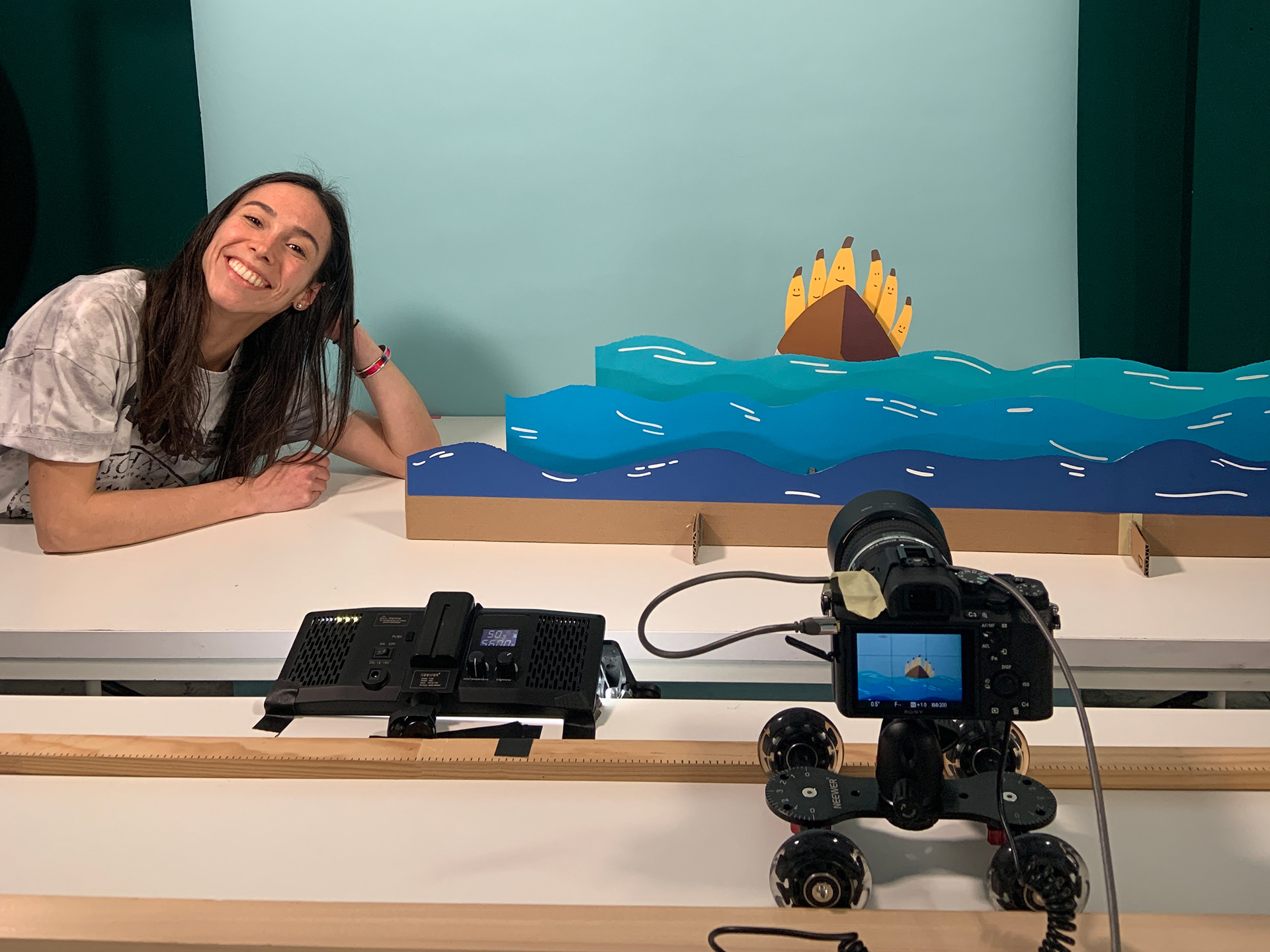 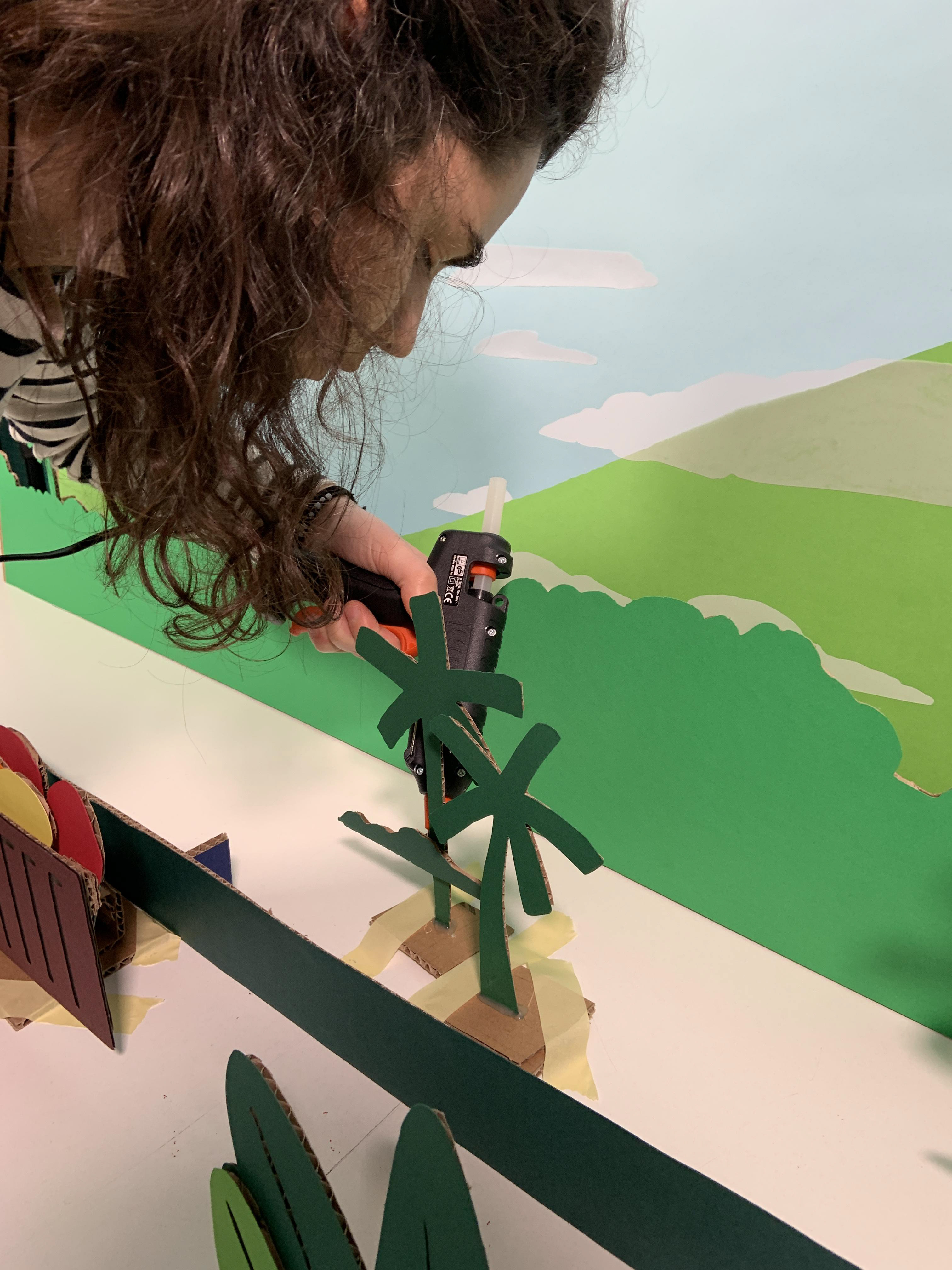 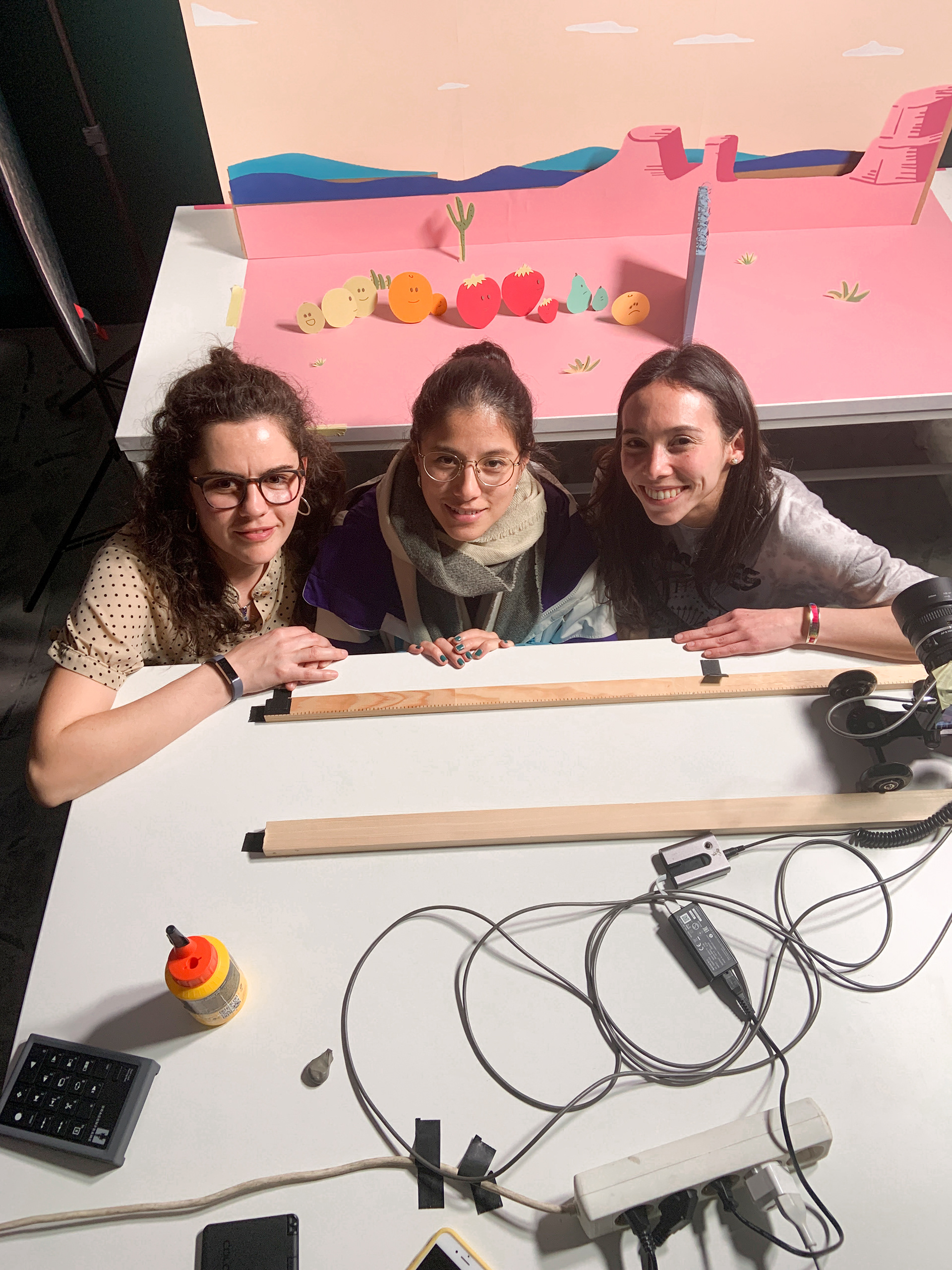